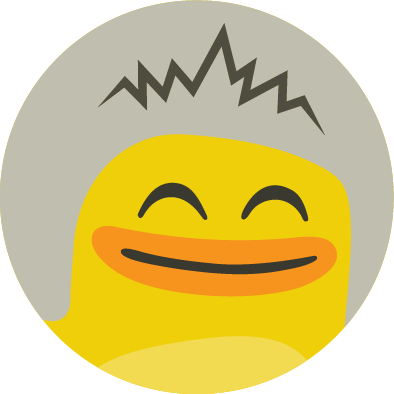 A friendly, proven starting place for your next hapi plugin or deployment

If you're interested to hear about why we came together to create pal, check out our Medium article Introducing hapi pal.

Below is a simple tutorial to create your first route. For a more in-depth look at the pal ecosystem, database integration, etc. see our official starting guide.

Here we'll will pick-up where we left off (inside a new pal project folder with all dependencies installed) and create a route that serves a random quotation.

Now open the newly-created file in your favorite text editor. You should find something like this indicating which parts of the route configuration you need to fill-in, and the signature of a route handler.

Let's fill-in the method and path so that the route we hit is at get /random-quotation, and write the handler to serve a random quotation from a list. Our handler doesn't need to do anything asynchronous or use the response toolkit, so the route handler's signature appears a little simpler than before.

Now start your server and try hitting it in-browser or over curl.

This common practice of restarting the server and curling can be simplified by leveraging hpal-debug's curl command, which allows you to hit a route using its name without having a started server!

And that's it! Keep in mind that if you run into anything along the way that's unfamiliar to you, you can always search the hapi API documentation using hpal.

hapi pal makes it easy to use the boilerplate as a jumping-off point for several different types of projects, which we call "flavors" ( ). Flavors may be mixed and matched, or skipped altogether. Only utilize them if they'll be useful to you!

They're simple little buggers. We've simply tagged commits that we think will contain useful code patches depending on what direction you'd like to take your project.

NOTE Since flavors are just tagged commits, please be aware that you may experience merge conflicts when mixing flavors together.

Pull down the latest flavors

If you used the hpal CLI to create a new project then this should already be done for you. But you can always do it manually as well– simply pull down git tags from the pal remote.

Integrates hapi-swagger onto the server with a suitable default configuration. If you need to customize the swagger templates, then use hapi-swagger's templates option to serve your own custom version of the Swagger UI page templates.

The knex CLI is installed locally, and a knexfile is added to the root of your project so that the connection info is available to it. To use the CLI, you may run it using npx.

For example, to create a new migration:

Sets up a Dockerfile and docker-compose.yml file for usage in local development. The Dockerfile is fully production ready, and just needs to integrated into a build system of your choice that supports Docker 17.05 or higher, and Docker Compose files with version v3.4. This flavor also introduces two build and four docker npm scripts, which are described in the DOCKER.md file that comes with the flavor.

Sets-up handlebars templating with a useful layout and openly serves the lib/public directory, which contains folders to place javascript and CSS. This flavor introduces several npm scripts: one to minify front-end javascript with uglify (npm run build:js); one to minify CSS with PostCSS/cssnano (npm run build:css); and one to do both (npm run build). A plugin option developmentMode controls whether the minified or un-minified javascript and CSS are served on the page. The developmentMode is configured to be active when NODE_ENV is not production.

This flavor additionally incorporates browserify, Sass, and Browsersync. As such, there are scripts to support the pre-building process: one to pre-build javascript from Node.js-style to ES5 using browserify and Babel (npm run prebuild:js); and one to pre-build CSS from SCSS using node-sass. When developmentMode is active browser-sync will rebuild SCSS and Node.js-style javascript, then reload the page or stylesheets as necessary.

Note: most of the time you'll be pulling in flavors at the time you install the pal boilerplate, in which case you don't need to worry much about flavor versioning.

It's worth noting that over time these flavor tags may point to different commits. The flavors are updated to keep-up with the latest pal boilerplate. For this reason, as flavor tags move, we leave static versioned tags for your convenience. Tags are named as such:

For example the first version of the "custom swagger" flavor is: